In the presence of Royalty!

Australia is open for business 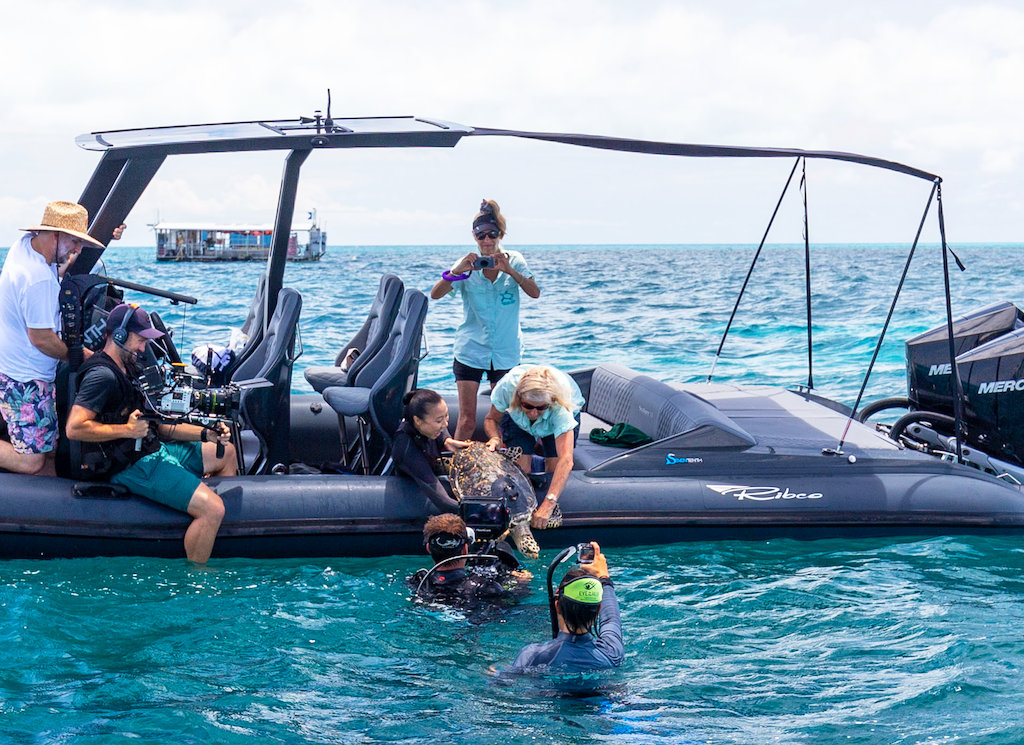 A very lucky group of school students and visitors to Green Island with Great Adventures were treated to an extra special experience, witnessing the release of a hawksbill turtle, aptly named Billy, back into the wilds of the Great Barrier Reef.

Estimated to be around 20 years of age, Billy had been found at Airlie Beach having swallowed a fish line and hook, and transported to Cairns for care by the team at Cairns Turtle Rehabilitation Centre (CTRC). Jennie Gilbert, co-founder of the CTRC said Billy is the first turtle in their care to have undergone open oesophageal surgery to remove the hook.

After the successful surgery and recovery, Billy spent several months “fattening up” and recuperating at the CTRC facility at the Cairns Aquarium.

Prior to release, Billy was fitted with a satellite tracker which will aid research and insight into the lives of these graceful marine creatures. His movements will be able to be tracked on the Citizens Great Barrier Reef “Reef Tracker” site.  https://citizensgbr.org/explore/reef-tracks

Watching the open water release from a glass bottom boat, it was a wonderful sight for visitors to see Billy dive into the clear blue waters of Green Island. With abundant seagrass beds and coral reefs, it’s a turtle paradise!

We are inspired by the dedicated team at the Cairns Turtle Rehabilitation Centre and wonderful work they do in caring for sick and injured turtles, with the ultimate goal of releasing them back into the wild where they belong in a healthy reef environment.